The experience you will get at The Dive Shack is the collected work of an entire crew of dedicated professionals.

From our Skippers and store staff to our Divemasters and Instructors.

We all work together to provide you the best service and experience we can, above and below the water. 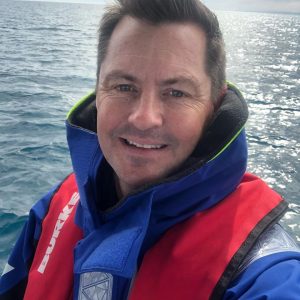 He began his diving adventures when he was first introduced to diving as a child by a family friend. As a born and bred country boy, as soon as he moved to the city in 1997, he enrolled in his Open Water Course and hasn’t looked back since. He became a dive professional in 2007 and is one of our leading instructors. He is both a qualified Instructor in PADI and SSI.  Having dived in some exotic and remote areas of the world, Paul still finds South Australia has some world class diving; but when abroad Paul especially loves the Solomon Islands. With experience in diving and travelling to destinations such as Malaysia, Papua New Guinea, Vanuatu, Bali, Cook Islands, Turkey and the Solomon’s, he is passionate about introducing new divers and not so new divers to these destinations as a Dive and Travel Guide. When not diving or travelling, you will find Paul skippering our fully surveyed vessel, ‘Nauti – Nomad’ or teaching first aid as a qualified Combat First Aider with the Australian Army. 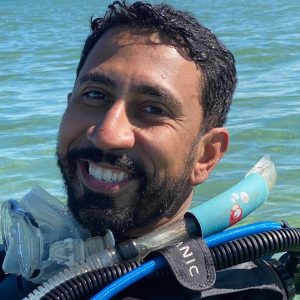 Rodrigo began his journey with us in 2019 when he moved to AUS from Brazil. As a keen Divemaster he began helping around the shop, assisting on courses and leading dives. Since then he has completed his IDC with us and is now one of our leading SCUBA Instructors. His smile and energy will pump you up and get you excited for diving any day! 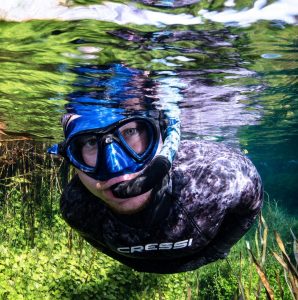 Lukasz began his life underwater in 2012 when he took his open water course, it all snowballed from there and he now stands as our primary freediving instructor and sales assistant.

When he’s not running around Noarlunga on night dives or teaching in Kilsby Sinkhole and swimming through Ewens Ponds you’ll find Lukasz in the shop! 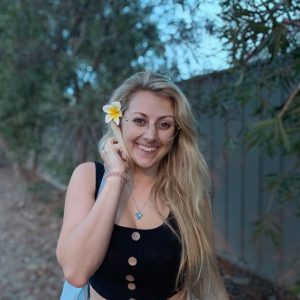 Carrie is our very own in-house mermaid! From Port Lincoln, she has spent her whole life in the water freediving, snorkeling and bodysurfing. She utilized her performing and diving skills to become a professional mermaid and has performed in aquariums, events and festivals around Australia. Since joining us in store she has become a qualified Advanced freediver, plus finally learnt to scuba! When Carrie is not in the water, you’ll find her in the store. 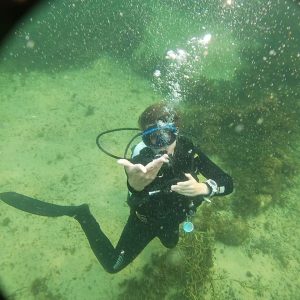 Caitlin began her journey with us in 2019 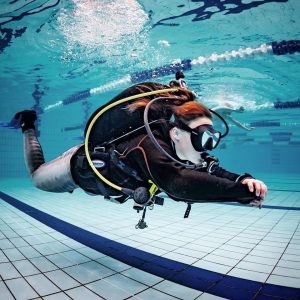 Ilana first fell in love with diving in a swimming pool, so it wasn’t a surprise when she completed her PADI Open Water Course that same year.  At 18 she moved to Cairns, Australia and became a Divemaster working on the Great Barrier Reef, and only six months later was an SSI instructor. On the Great Barrier Reef, Ilana guided certified divers, took future divers on their first dives and taught SSI Open Water Courses.

However, Ilana soon missed the Great Barrier Reef and moved back to Cairns and worked on liveaboards both teaching and guiding. After another year Ilana decided it was time to head to University and study Marine Biology, so she moved down south to Adelaide.

Ilana may be British, but she is not a fan of cold water. She misses the warm waters of the tropics, but she will jump in to introduce you the unique underwater world of South Australia. 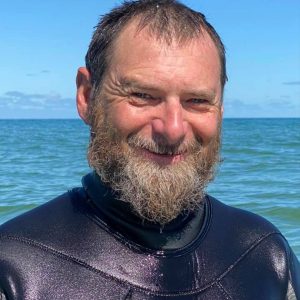 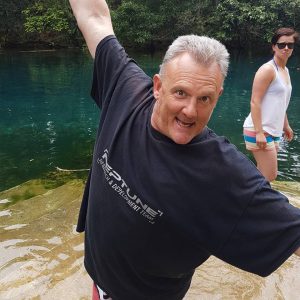 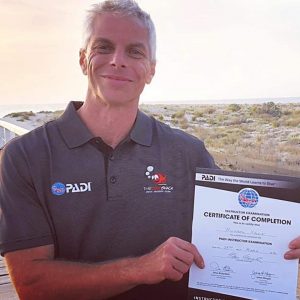 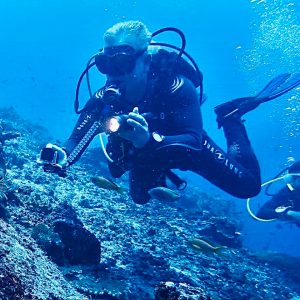 Gerry’s always loved the ocean and has been diving for 20 years. If you don’t find him diving underneath the deep blue sea he will be sailing on top of it. In 2015 he finished his Master Scuba Diving training taking him to the top of the recreational diving level, he then followed his passion for learning and teaching and became a Padi Professional.

His passion for travel and diving have taken him far afield to many exotic dive destinations, it’s hard for him to choose but Cuba is the one that stands out for its beautiful people, waters and aquatic reef life. In our local waters he loves to get out and find those elusive Leafy Sea Dragons or even better investigating our rusty wrecks and reefs.

Gerry loves to introduce and teach people to dive so that they can have the awesome opportunities he has had diving and travelling the world, just ask him about the different destinations when you catch him on your next course or at the shop.