Paul is the sole owner and director of The Dive Shack. 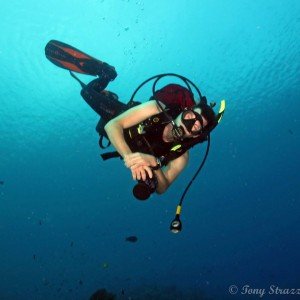 He began his diving adventures when he was first introduced to diving as a child by a family friend. As a born and bred country boy, as soon as he moved to the city in 1997, he enrolled in his Open Water Course and hasn’t looked back since. He became a dive professional in 2007 and is one of our leading instructors. He is both a qualified Instructor in PADI and SSI.  Having dived in some exotic and remote areas of the world, Paul still finds South Australia has some world class diving; but when abroad Paul especially loves the Solomon Islands. With experience in diving and travelling to destinations such as Malaysia, Papua New Guinea, Vanuatu, Bali, Cook Islands, Turkey and the Solomon’s, he is passionate about introducing new divers and not so new divers to these destinations as a Dive and Travel Guide. When not diving or travelling, you will find Paul skippering our fully surveyed vessel, ‘Nauti – Nomad’ or teaching first aid as a qualified Combat First Aider with the Australian Army.

Lukasz is our Freediving Instructor, Dive Master and EFR instructor 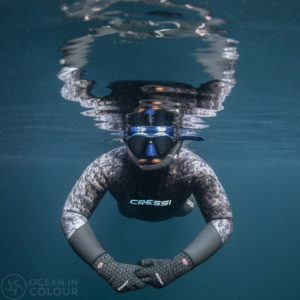 Lukasz began his life underwater in 2012 when he took his junior open water course, it all snowballed from then on and he now stands as our primary freediving instructor and sales assistant. When he’s not running around Noarlunga on night dives or teaching in Kilsby Sinkhole and swimming through Ewens Ponds you’ll find Lukasz in the shop!

Ilana is our Scuba Diving Instructor and EFR Instructor 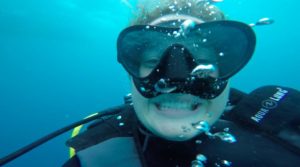 Ilana first fell in love with diving in a swimming pool, so it wasn’t a surprise when she completed her PADI Open Water Course that same year.  At 18 she moved to Cairns, Australia and became a Divemaster working on the Great Barrier Reef, and only six months later was an SSI instructor. On the Great Barrier Reef, Ilana guided certified divers, took future divers on their first dives and taught SSI Open Water Courses.

However, Ilana soon missed the Great Barrier Reef and moved back to Cairns and worked on liveaboards both teaching and guiding. After another year Ilana decided it was time to head to University and study Marine Biology, so she moved down south to Adelaide.

Ilana may be British, but she is not a fan of cold water. She misses the warm waters of the tropics, but she will jump in to introduce you the unique underwater world of South Australia.

Cleyon is our Scuba Diving Instructor and EFR Instructor

Cleyon has been surrounded by water from birth, coming from the warm, tropical, Caribbean waters of Jamaica. Cley learned to windsurf before he could swim at 8 years old. Shortly after learning to swim, Cley found himself working as a life guard in an all inclusive resort in Jamaica. After watching scuba demonstrations around the swimming pool, Cley found himself extremely curious as to what was going on. After trying it once, Cley was hooked.

Cley then started working at a dive center in Jamaica as a beach attendant teaching tourists to windsurf and sailing catamarans. Whilst finishing his Divemaster course, Cley became an excursion guide and led tours for snorkeling, kayaking and booze cruises. After much thought Cley decided to become a scuba diving instructor and moved to Playa Del Carmen, Mexico to complete his training. A year and a half after working in Playa Del Carmen, Cley moved to a world renowned center for diving, Cozumel, Mexico.

Cley spent nearly two years in Cozumel diving with Bull Sharks, snorkeling with Whale Sharks and and guiding groups on Cozumel’s pristine reefs. Now Cley finds himself nervous for the cooler waters of South Australia but is a friendly and fun loving member of the team here at the Dive Shack.

Carrie is our resident mermaid! 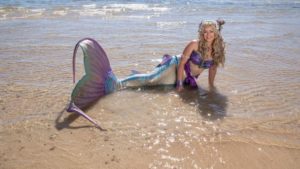 Carrie is our in house mermaid!

Belinda is one of our Div-masters and key Tour Guide!

Richard Hoar (Hoary) is one of our Dive Masters

Peter Blight (Blighty) is one of our instructors!